An equal world is an enabled world. Learn more about the current state of gender equality and how to show your support this International Women's Day

The first International Women's Day gathering was in 1911 and was supported by over a million people.

An equal world is an enabled world

This year’s IWD campaign looks for us all to recognise that we are responsible for our own thoughts and actions.

That we have the power to actively choose to challenge stereotypes, fight bias, broaden perceptions, improve situations and celebrate women's achievements.

We can all play a part in creating a gender-equal world #eachforequal - all day, every day.

The Global Gender Gap Report is an amazing resource that monitors gender equality year-on-year on a global scale, highlighting the importance of initiatives like IWD.

Such data helps us understand our biggest challenges, our greatest accomplishments, the knock-on effect inequality has on future generations and the best way to navigate forward.

Here are 4 interesting facts from the 2020 Global Gender Gap Report.

1. We won’t see gender parity in our lifetime

In fact, we probably won’t see gender parity in our children’s lifetime either. Findings from the Global Gender Gap Report revealed that it will be practically another 100 years (99.5 years to be precise) before we achieve gender parity.

For the 11th year running Iceland has ranked top for gender parity. With 48% female representation in the Icelandic parliament, important legislation towards equality like equal pay are prioritised. The most-improved countries were Albania, Ethiopia, Mali, Mexico and Spain. Australia ranked 44th of 153 countries.

Across the four subindexes (economic participation and opportunity, educational attainment, health and survival and political empowerment), the largest gender disparity is the Political Empowerment gap. Globally, the parliamentary representation of women is just 25%.

A high concentration of illiteracy occurs in what the report describes as developing countries, where educational attainment across the board is low. However, even in countries where access to education is high, women’s skills are not always in line with those required to succeed professionally. This has a knock-on effect on female economic participation and opportunity.

Why is monitoring gender equality important?

The effects of inequality are intricate, far-reaching and in many cases devastating.

The UN states that women’s education is a crucial factor in cutting child mortality rates.

For each extra year of primary schooling, girls earn 10-20% more when they start working. When women have paid work, they invest as much as 90% of their earnings into their families compared to men who reinvest 35%.

So when women earn more income, the health, education and quality of life of their children will improve.

Equality is better for everyone, and the more we learn, the more we can educate to achieve this goal.

Here are 3 simple ways you can show your support for an equal world this IWD.

The bad news, unconscious gender bias is real, the good news - by knowing this you can stop it.

Neuroscientists have revealed regions of the brain involved in gender and racial stereotyping.

They have shown that stereotypes begin to form early in childhood and that our brain responds more strongly to negative information.

It's thought our brains cluster people into groups with certain behaviours to prevent information overload, but this means the potential for prejudice is real and often unconscious.

This early adoption of prejudice helps explain the gender and racial bias we see everywhere from education and healthcare to the criminal justice system.

However, if people understand unconscious bias, they have the ability to control and prevent it.

Awareness is the first step, so share your knowledge to correct unconscious bias.

Taking action for equality is overwhelming, but there are everyday things you can do to spark change in your own life and for the people around you.

Start by promoting gender justice in your own home by sharing equal responsibility for things like household chores.

Vote for qualified women who are underrepresented in your community.

Be fair in the workplace. Hire diversely, provide or seek equal wages and provide education on gender bias if needed.

Research in the UK found that only 9% of funding for start-up companies goes to women-run business.

Such inequality means only 38% of women can go straight into a business from full-time work compared to 63% of men, with most women having to work part-time while getting a business off the ground.

Despite financial barriers, the challenges of childcare and sexism, many women around the world are still sharing their talents and expertise as business owners.

Supporting women-led business is a great way to support IWD and strive for big change towards equality.

To learn *so much* more read the Global Gender Gap Report and register for an IWD account. 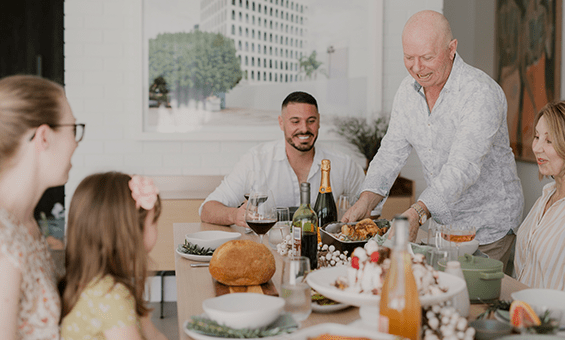 This year we’re all about the simple pleasures, because we know it’s the perfect time to reflect on memories and create new ones. Appreciate the little things, including conversations with those dear to you, a delicious meal or the joy of giving a gift you know they’ll love. 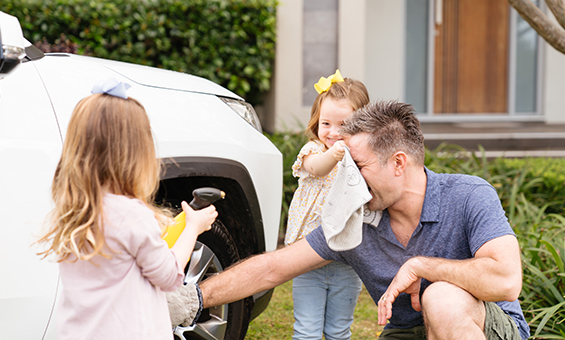 Men who are there to care

To celebrate this Father's Day, we sat down with Mark de Corti, a father, long-time ENJO user and son of our CEO & Founder Barb de Corti. 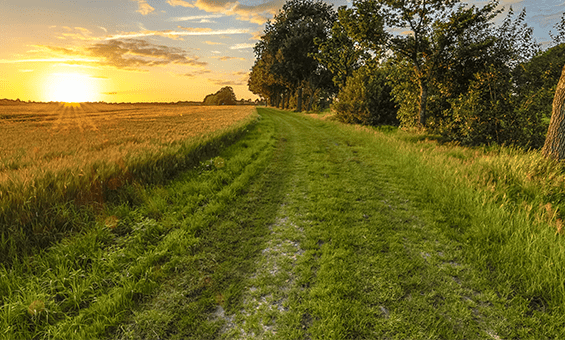 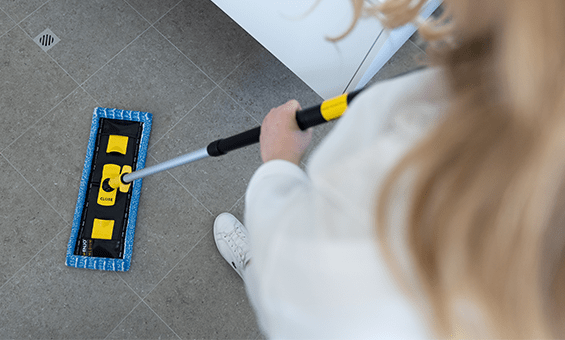 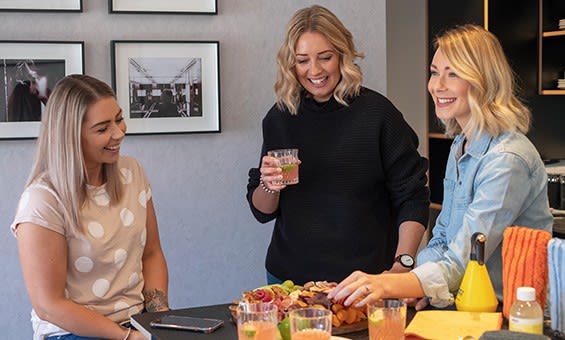 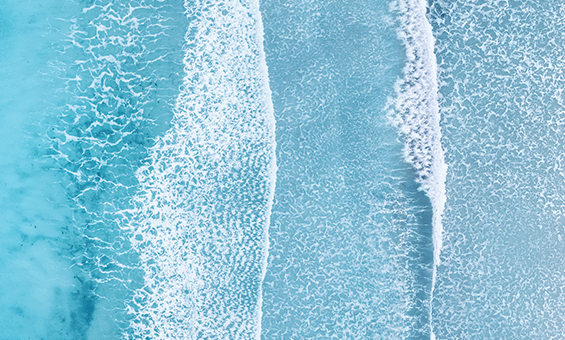 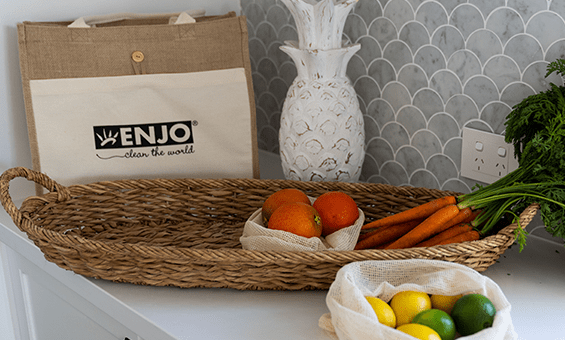 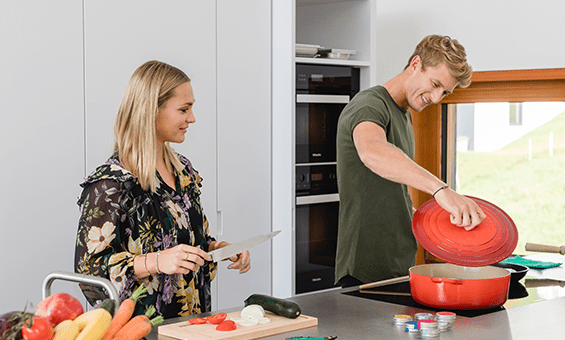 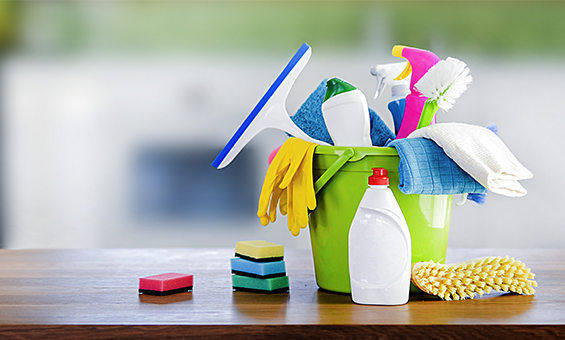 Join thousands of other Australian homes and wave goodbye to single-use plastic from your kitchen. 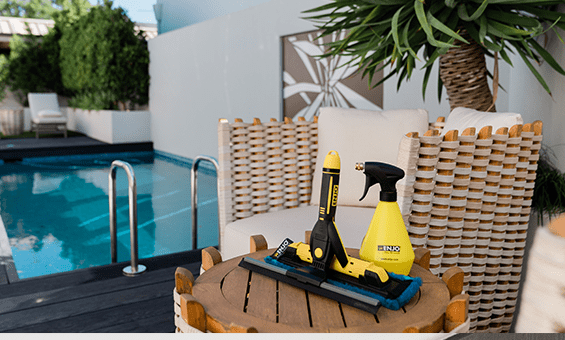 Is it a floor fibre? Is it a window cleaner? No, it’s the Multi Tool! 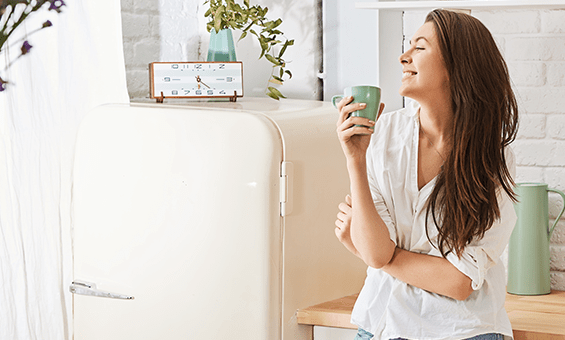 A New Year always comes with many good intentions, but not all are realised. Starting with a few small steps is a great way to kick off 2021, and we think making better choices for a healthy home should be a-top of that list. 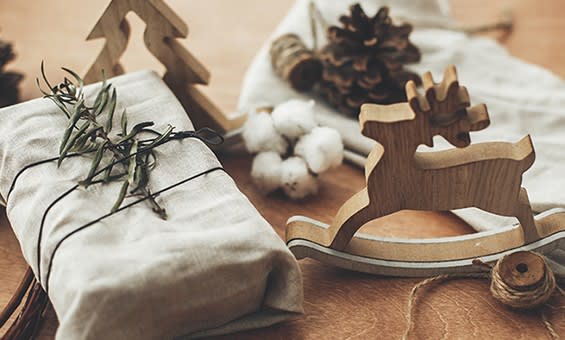 10 tips for keeping it waste free under your tree

Most wrapping paper isn’t recyclable and during the festive season Australians use 150,000km of it… here’s a better way to make it through Christmas without all the waste. 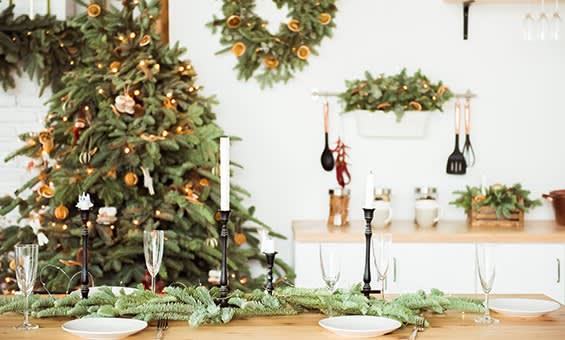 If ‘how to spend less time cleaning your floors?’ is the question, we have the answer! 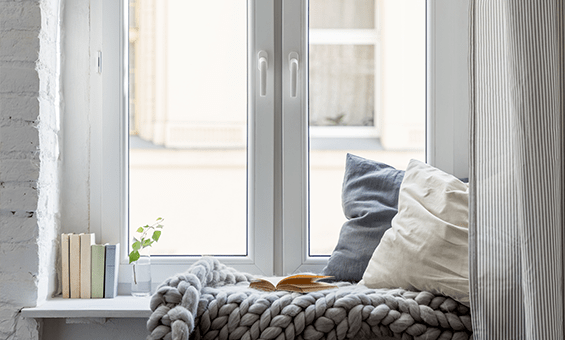 Hygge: Create cosiness + care for the space you love

As we spend more time at home, it is important to not only create a feeling of cosiness + contentment, but to also look after the space you’re in. 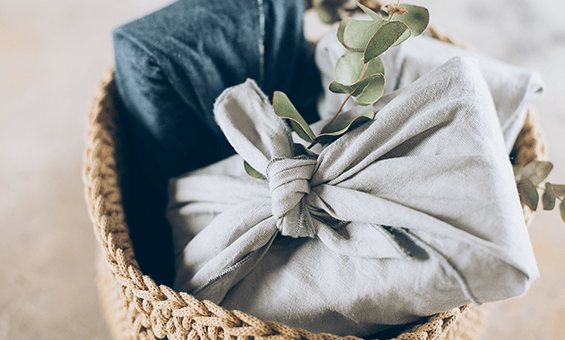 How to reduce waste this Christmas 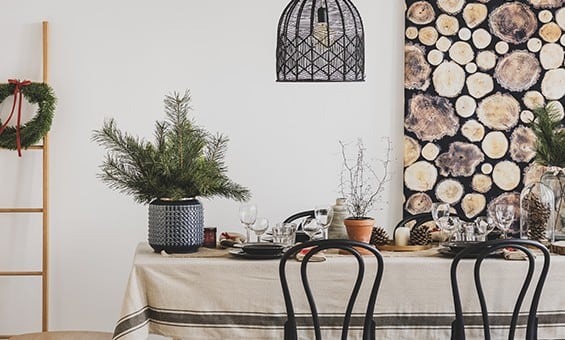 A cleaner Christmas with ENJO

Home for the holidays? Embrace a cleaner Christmas and discover sustainable gift ideas for those seeking a low-impact lifestyle. 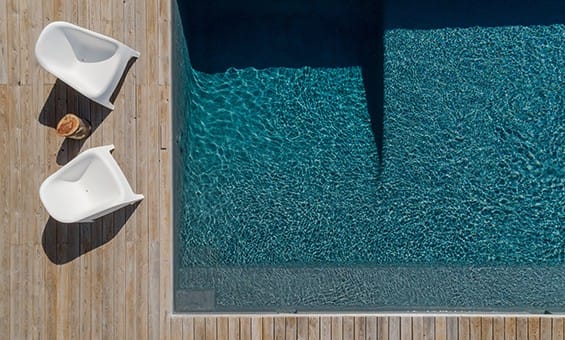 The fastest way to clean your glass pool fence

Glass pool fencing is a great way to hide the fact you have a pool fence… until they get dirty. Here is the quickest way to keep your glass pool fence clean. 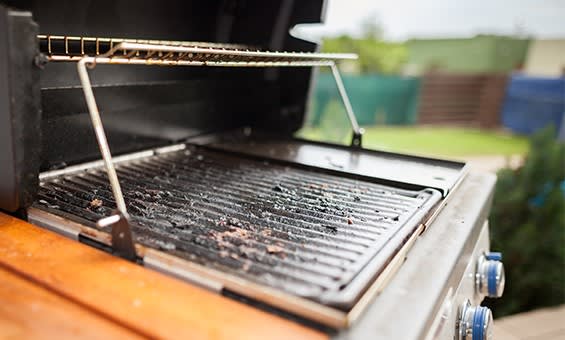 How to clean your barbecue without chemicals in 5 steps

Minimal fuss and no harsh chemicals and you can transform your barbecue from a baked-on greasy mess to a completely clean grilling machine. 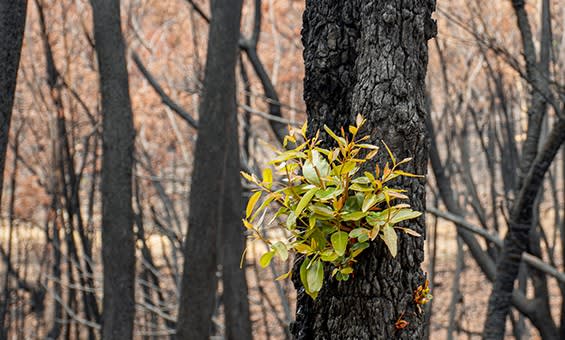 We made a commitment to help communities impacted by the Australian bushfires, do you know a bushfire relief organisation who could benefit from up to $45k*? Find out how you can nominate them. 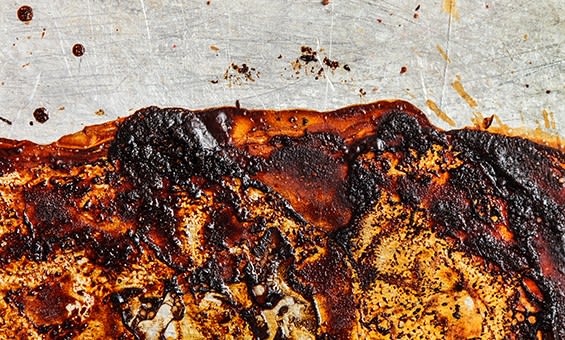 Sometimes ENJOtex Fibres and water need a little helping hand when it comes to heavy-duty oven grime, that’s where our secret weapon comes in. 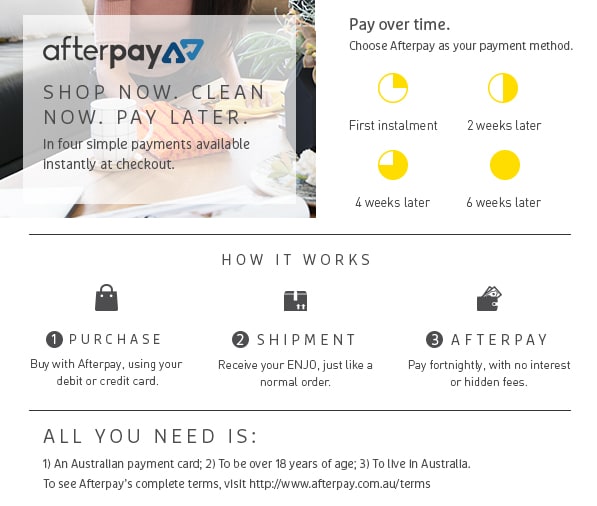